I can't remember how this got arranged. There was some discontent between the Stacks camp and the Doctor-A-Go-Go camp about the demise of the Sleepy Heads. I think the show went just fine though.

Doctor-a-Go-Go was the band that came out of the breakup of the Sleepy Heads. They had a medical theme instead of a sleep theme. i guess we were feeling friendly again.

I'm unsure of the year on this.

I silk-screened flyers for it. 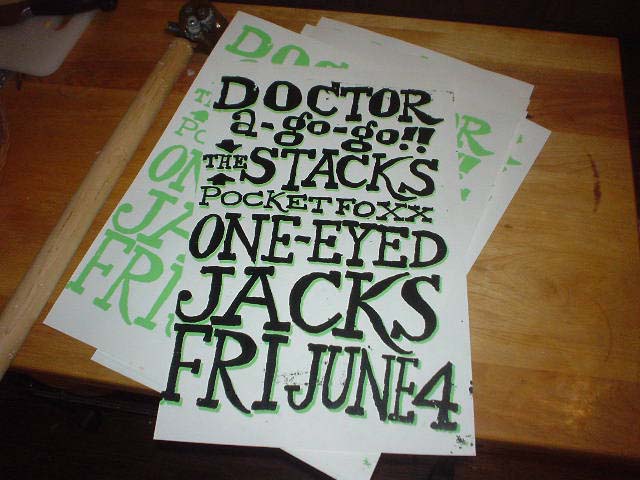