Stacks played Lounge Lizards, I made a special flyer. 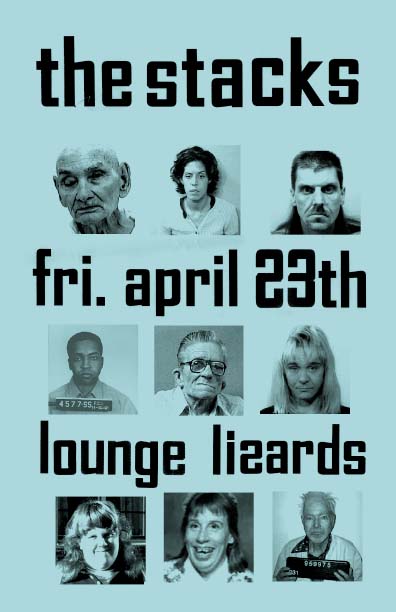 At this time my ex-wife had run off and joined a band called Big Blue Marble that played "nice music". they were very good. the leader, Dave Fera would make these pretty posters where he would cut up Simplicity patterns and old fashion mags, of which he had a big supply in his van. They were nice posters, really classed up the phone poles. So of course I had to make fun of them.

He always used the same type face and this gloomy blue paper. I grabbed one of his posters off a phone pole and, not having the font, created the letters i needed in Illustrator. I got my own fashionable beauties and laid them out exactly the same as Big Blue marble did.